Renderings show how current and future development could transform Seattle

With more than 300 projects either underway or in the planning stages in and around downtown Seattle, according to data compiled by Seattle in Progress, the Seattle skyline is set to change in a major way. Out of projects under construction, at least 10 of those are 40-plus stories.

Thanks to a time-lapse video covering the last couple of years, we can witness the shift that’s already happened. But what about the future?

Local architect and photographer David Boynton compiled various upcoming projects—from those winding through design review to those currently under construction—to create a data-driven visual of what Seattle’s core could look like in the future.

“I originally made an extruded Rhino [3D model] a few years ago while watching a tower get built in front of an old apartment,” explains Boynton over a Reddit message. On a small scale, he wanted to see how much his view would get blocked (“it was all of it”)—but on a larger scale, the changing skyline was fascinating.

Boynton kept updating that model with new projects and information just for his own benefit—but eventually he exported the models into Google Earth, “which really makes it pop,” and published the finished visuals as viewed from various iconic Seattle viewpoints like Kerry Park, Jose Rizal Park, Gas Works Park, the Space Needle, and Elliott Bay.

The ghostly renderings that appear in yellow are projects actually under construction, or projects that have their permits but haven’t started yet. The pink models are in the design review process. Red models are a little more up in the air—in early design guidance or rumored, for example—and based on a limited amount of available information. 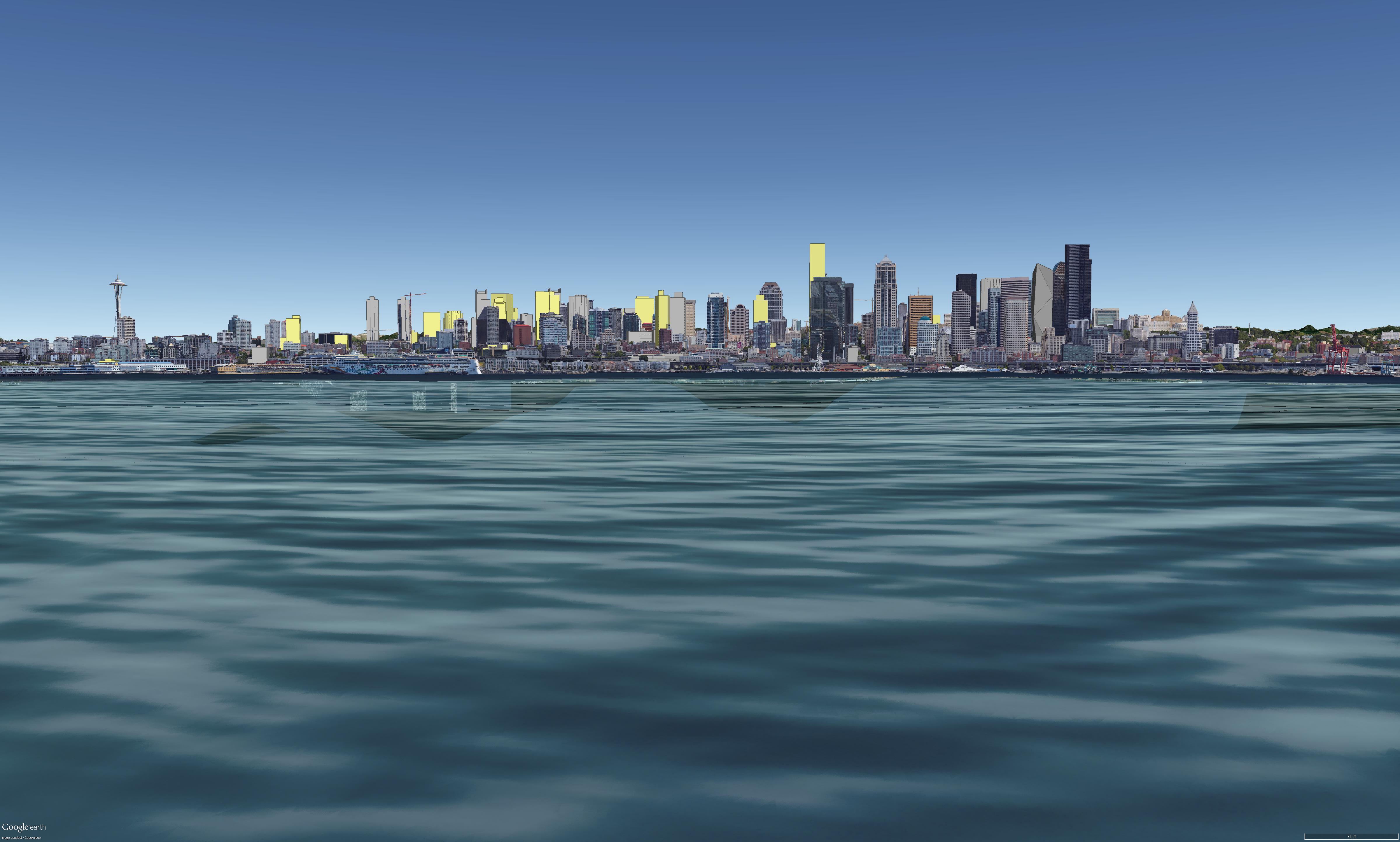 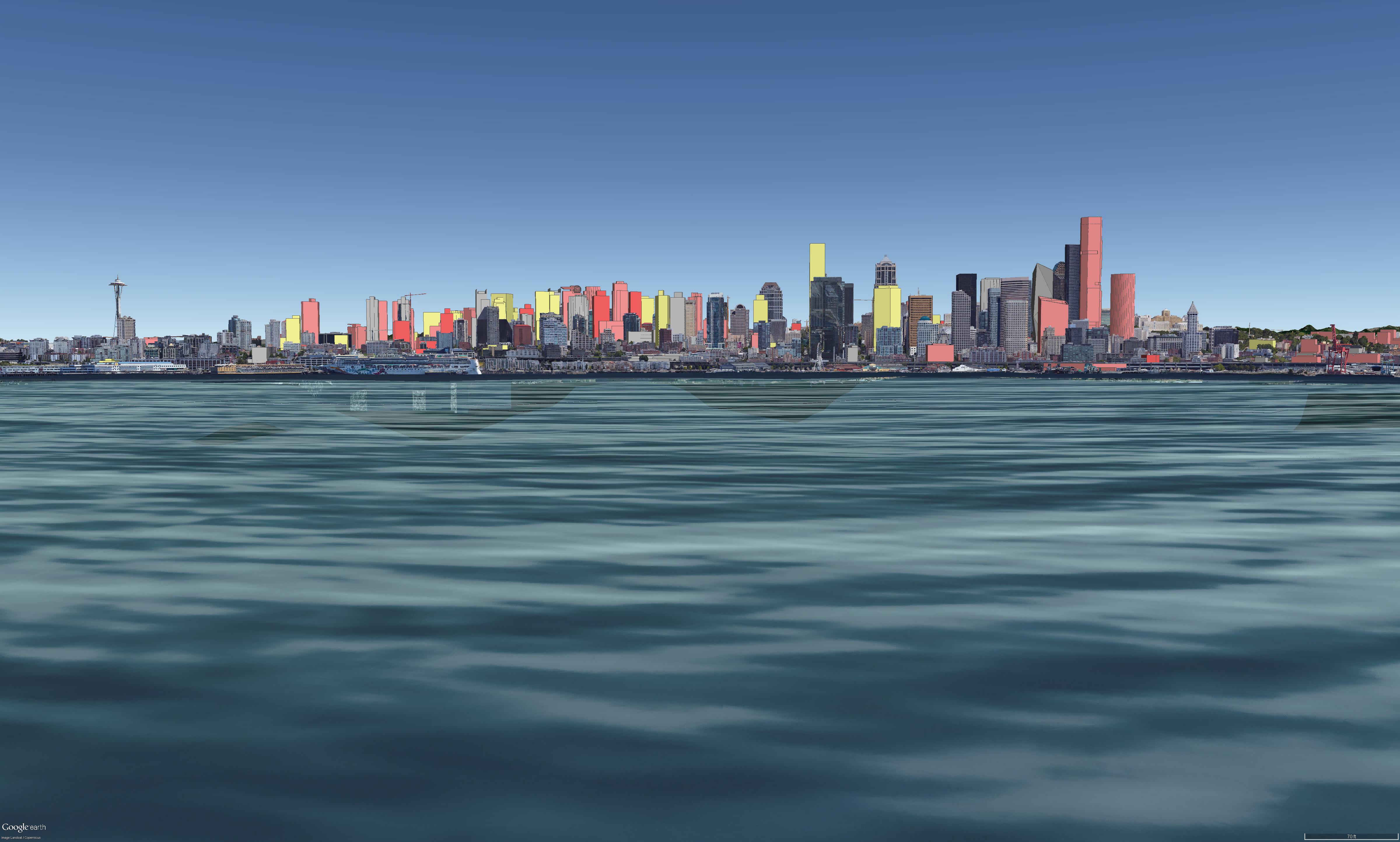 Boynton gathered his data from Seattle Skyscrapercity, Seattle in Progress, and the city’s Shaping Seattle tool, among others. “Anything detailed I’ve gathered from the city’s public design review process,” says Boynton. Many of the models, he notes, are technically estimates on the massing and form usually based on design review and master-use permit packets, although he includes accurate heights when they’re available.

While we’re viewing static versions of the project on his Flickr account, for Boynton, it’s a live project. “I like to update it as new proposals and changes come out,” says Boynton, although at times it’s a little out of date.

Felt it would be interesting to post a screengrab of the rhino version of that future seattle model I've had for a while. The google earth version is way more fun to orbit around in but the rhino version has a lot more functionality.

View Boynton’s full collection of renderings, including different views with and without different kinds of projects, on his Flickr account.