Peek inside the restoration process for the hotel, music venue, and collection of bars and restaurants

McMenamins has gained notoriety across the Pacific Northwest not just for its beer and wine, but for its hotels—and its creative adaptive reuse projects. Since the 1990s, the company has been restoring historic buildings into offbeat entertainment complexes. Some are pretty straightforward, like the Olympic Hotel in Centralia, with vintage rooms above and a pub and theater below. Some are more elaborate, like Bothell’s Anderson School, which took a former junior high and revamped it into seven food and drink establishments, a hotel, a theater, and a pool.

The latest creation, a restoration of the Tacoma Elks Lodge, is more like the latter. Opening in April as McMenamins Elks Temple, the historic building will become a 45-room hotel, a 700-capacity music venue, a game room, three restaurants, a brewery, and several small bars—including one hidden below the sidewalk. One cafe will have outdoor space along historic Tacoma plaza the Spanish Steps.

The lodge was first built from 1915 to 1916, and was designed by Beaux Arts architect Édouard Frère Champney, who would go on to design iconic Seattle buildings like Saint Mark’s Cathedral (which he and co-architect Arthur Brown referred to as “the Holy Box”) and Pioneer Square’s New Richmond Hotel. When the Lodge was built, it was the social center of its historic district, according to its National Register of Historic Places listing.

McMenamin’s bought the property in 2007, but construction started last year, kicking into high gear throughout 2018. The goal is to update and fix up the property—but in a way that keeps it worthy of inclusion on the register.

It’s not a small feat. The building has sat empty for more than two decades, and, like any building vacant for that long would, it fell into disrepair.

Work on the building has involved both restoring its existing historic features—like a series of towering reliefs that, when done, will depict the cult favorite opera Ring Cycle by Richard Wagner, and an elaborate ceiling medallion—and carting in some historic features orphaned from other buildings. 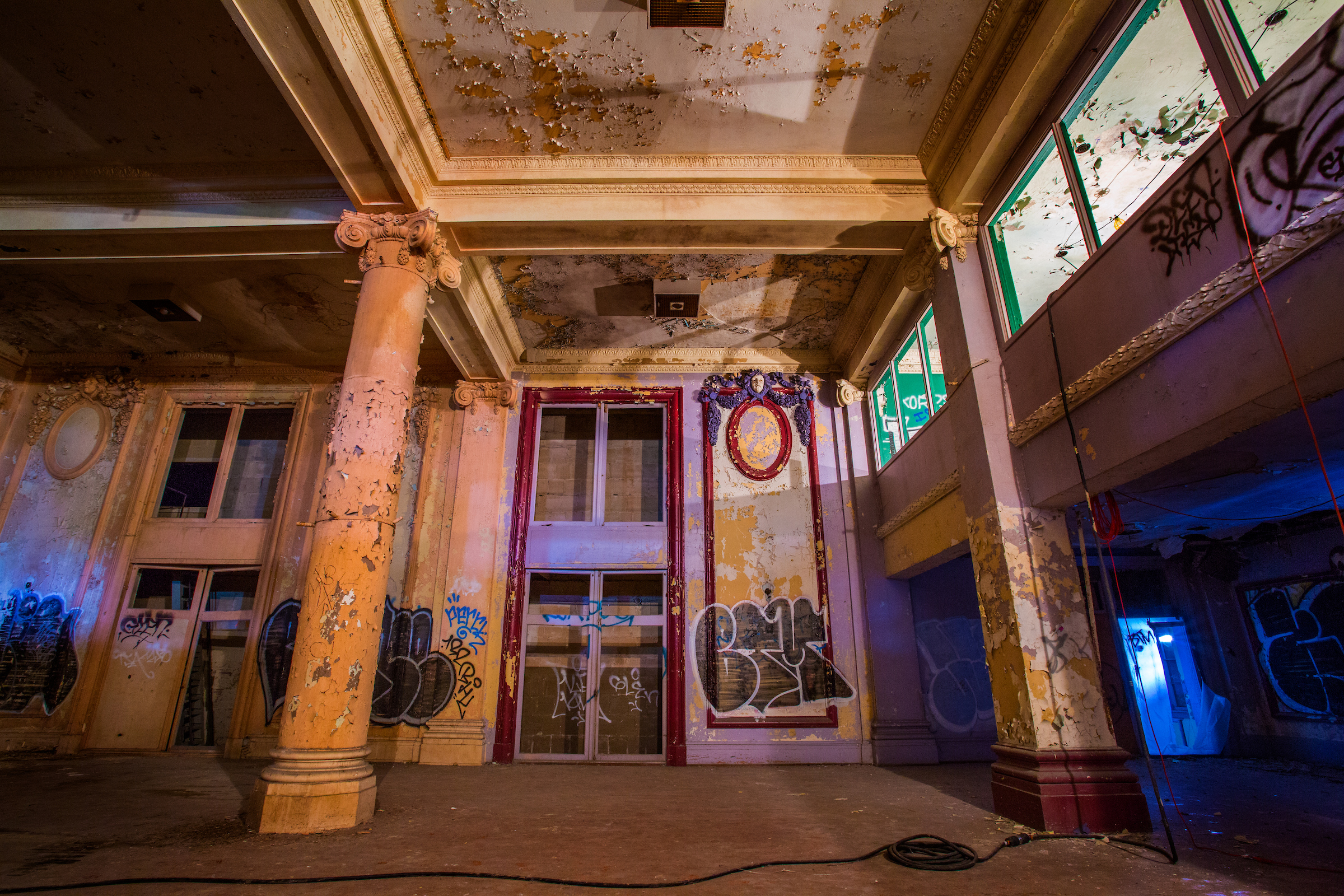 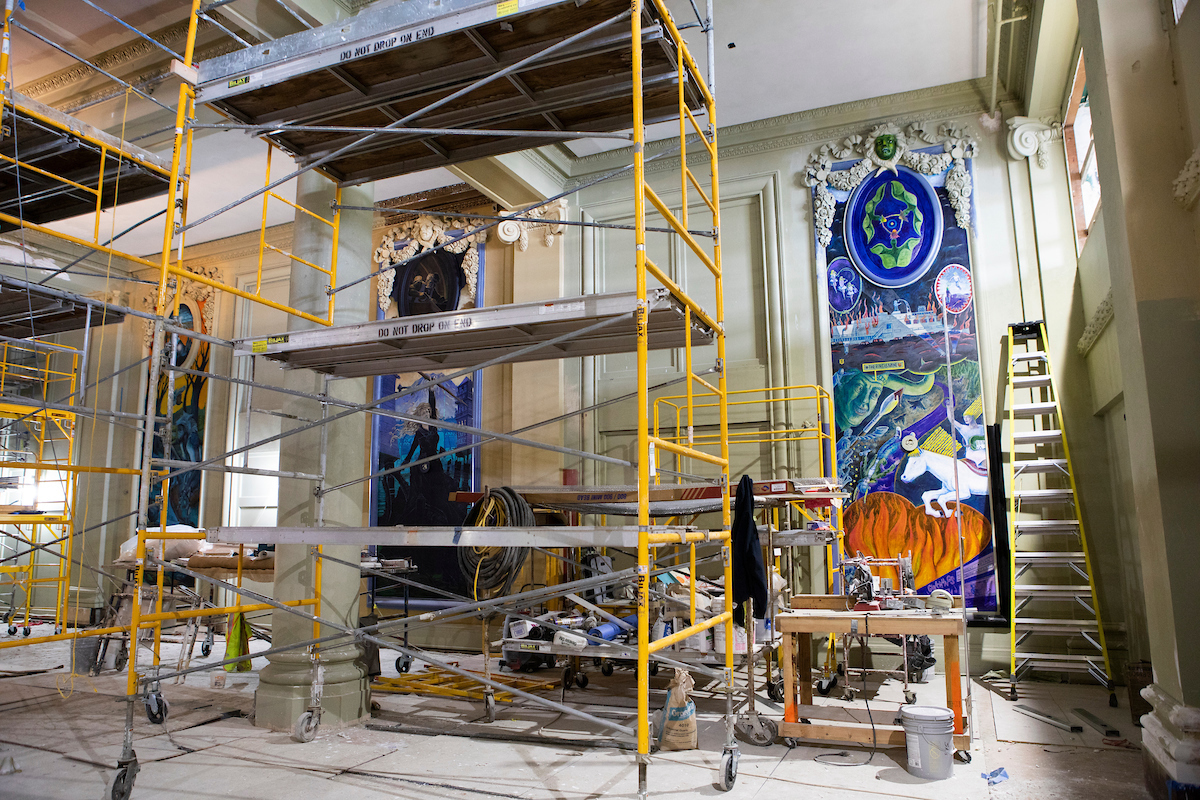 The Spanish Ballroom, before and mid-restoration.

One of historic features new to the building, but still of significance, is a 10-foot chandelier hanging above the guest rooms was salvaged from Seattle’s Orpheum Theater, which was demolished in the 1960s.

The $34 million restoration was partially funded by local investors. Reservations for the April opening start this month.